The match list page displays a tabulated list of all scheduled, reported, and confirmed matches for ladders and tournaments. The table is sorted by match date and displays 10 matches per page by default. Entering text into the search text field will responsively filter the displayed matches according to the text entered. 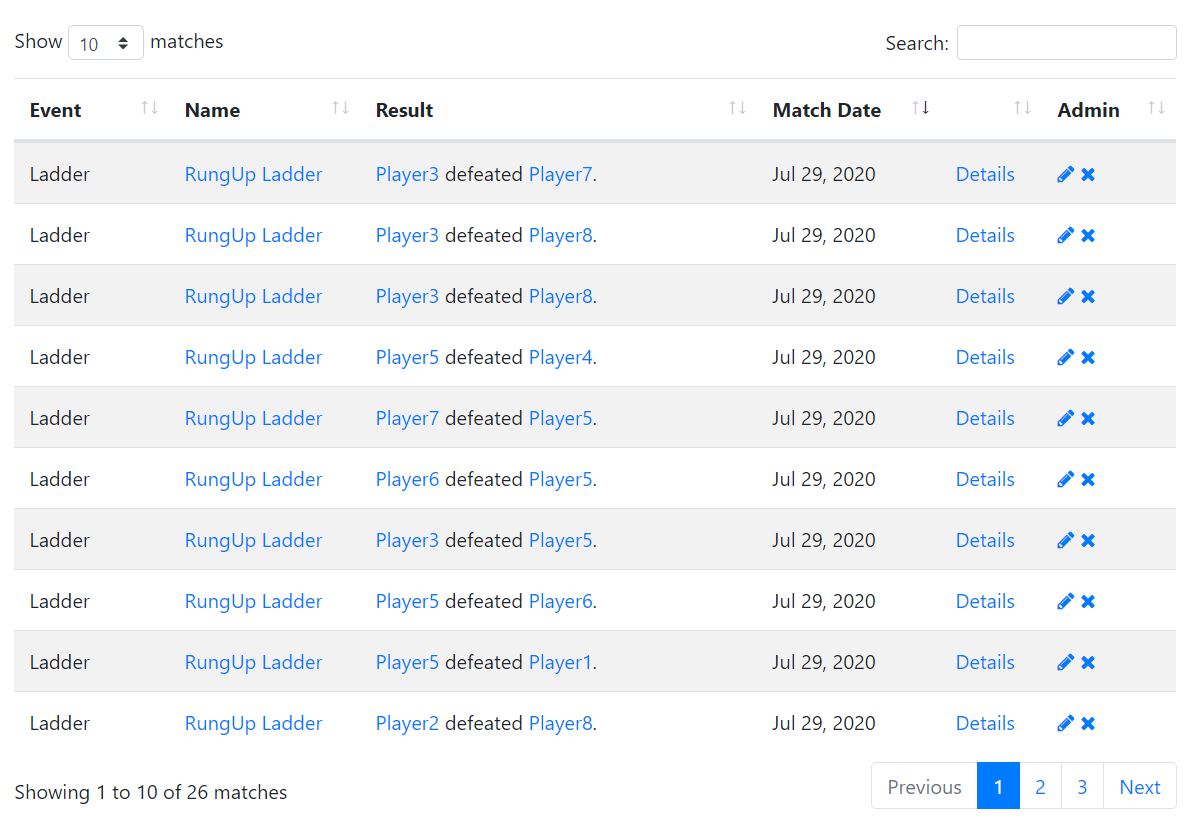 Displays the two players or teams involved in this match along with the player or team avatar for each.

Ladder or Tournament
The ladder or tournament corresponding to this match.
Status
Displays Scheduled, Reported, or Confirmed.
Date
When the match is scheduled or when it was first reported.

Displays any uploaded attachments when this match was reported.

Displays any entered comments when the competitors reported and/or confirmed the match result. 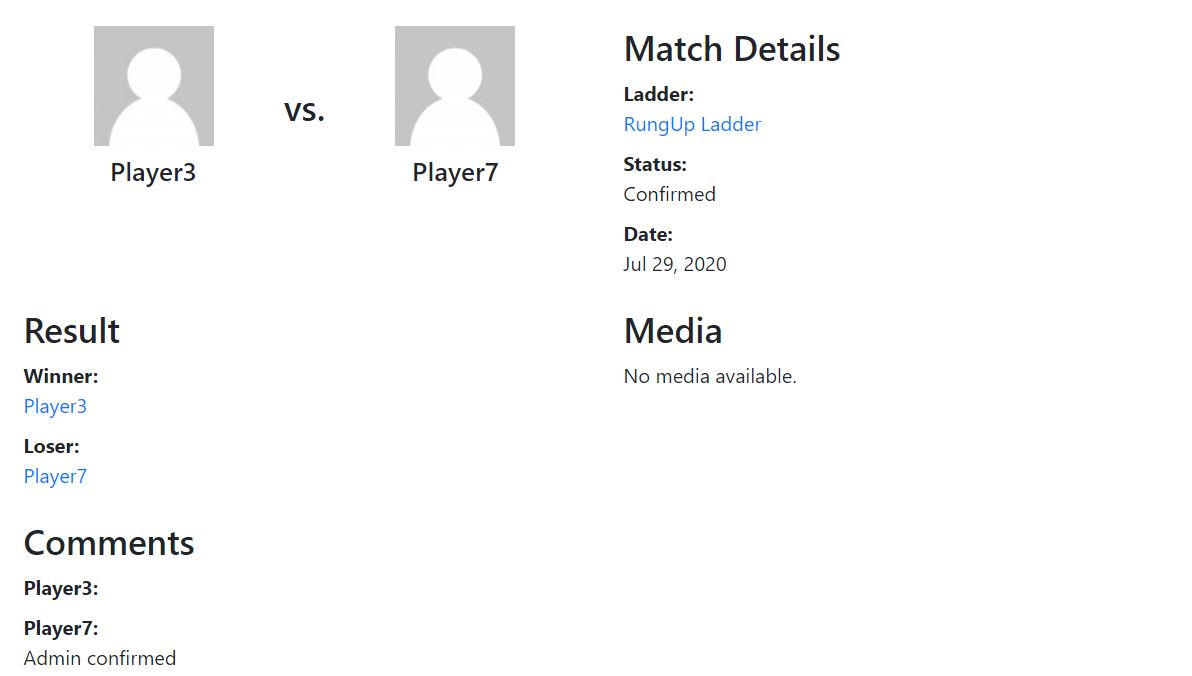